The last we heard from Ross Goldstein was his second solo album Inverted Jenny, a collection of blissful and exploratory orchestral pop that arrived in the late summer of 2017. Just a little over a year later Goldstein returns with The Eighth House, a complete shift of gears that finds him immersed in a cinematic dreamworld of instrumental sounds that still hold glimmers of the psychedelic spirit inherent to everything he touches.

The initial inspirations for the album began during sessions for Inverted Jenny, an album where Ross actually recorded and then removed vocals from many songs, opting for instrumentals that said more than lyrics could. Already leaning towards exploring deeper expression with instrumental compositions, he entered a phase of obsession with science fiction books and movies, as well as listening closer to soundtracks and incidental film music. Turning to an arsenal of classic Chamberlin and Mellotron sounds, he began composing the pieces that would become The Eighth House, fantastical and often slightly damaged scores to imagined scenes of both cosmic and Earthly.

While plenty of homage has been paid to the anxiety-heavy synthy soundtracks of 70’s b-movie horror flicks or the acid rock freak outs that soundtracked movies from the early days hippie subculture, The Eighth House goes in a very different direction. More than those popular entry points, the music here is subdued and slow-moving, curiously inspecting ideas as the album moves through various fantastical passages. Even when cartoonish sound effects meet with tense swells of strings or dramatic orchestral flourishes (early Chamberlin models recorded their sounds using players of the Lawrence Welk Orchestra, no less!), the result is never garish but always patient and communicative. Bells ring in the distance, memories and possibilities are implied but left open to interpretation and strange but friendly sounds linger for just a moment before melting into something else. The result is a muted and wintery paradise that envisions Smile-era Brian Wilson scoring the softer moments of a Jodorowsky film.

What’s most striking about The Eighth House is how much of Goldstein’s sonic personality comes through, even in music that’s in some ways striving to disappear into the background. Whether it’s lilting chamber pop, the screaming psychedelia of his band Fogwindow or in this case a slowly-unfolding narrative of celestial instrumentals, it’s all unmistakably Ross, reflecting an intrinsic kindness that’s always at odds with a restless searching. It’s definitely present on this album of drifting wordless compositions, as he offers us ripples of boundless imagination and just-out-of-reach impressions of other worlds.
credits

Brian Dewan is an artist who works in many media, including art, music, audio-visual performances, decorative painting, furniture design, poetry and musical instrument design. Dewan writes, narrates and illustrates I-CAN-SEE Filmstrips, and collaborates with his cousin Leon Dewan in the electronic music duo Dewanatron. He has produced four albums of songs and concertized extensively as a solo artist, as well as having performed in various collaborations and as a sideman. His musical releases include: Tells The Story, The Operating Theater, Words Of Wisdom, and Ringing At The Speed Of Prayer. Dewan lives in Catskill, New York.MORE

Join us for a reading, signing and moderated discussion with three phenomenal people!

MARK ROZZO
is a contributing editor at Vanity Fair. He has also written for the Los Angeles Times, the New Yorker, the New York Times, Esquire, Vogue, the Wall Street Journal, the Oxford American, the Washington Post, and many others. He teaches nonfiction writing at Columbia University. Mark’s latest book, Everybody Thought We Were Crazy: Dennis Hopper, Brooke Hayward, and 1960s Los Angeles, takes readers inside this thrilling and heady time in Los Angeles.

MICHAEL LINDSAY HOGG
is an American-born television, film, music video, and theater director. Beginning his career in British television, Lindsay-Hogg became a pioneer in music film production, directing promotional films for the Beatles and the Rolling Stones. Following his work with these bands, he branched out into film and theater, while still maintaining successful careers in television and music video production.

Pre-order a signed copy of Please Wait to Be Tasted from Spotty Dog and get 10% off at Lil’ Deb’s Oasis restaurant in Hudson, NY

How to Purchase:
Email us at SpottyDogBooks@gmail.com. We will contact you for payment and shipping information.

About the Cookbook
Home cooks will love serving up bold-flavored tropical comfort food from Please Wait to Be Tasted, the first cookbook from Lil’ Deb’s Oasis, the James Beard Award-nominated hotspot in Hudson, New York. More than a recipe collection, it’s a big-hearted celebration of food, love, and community.

Their recipes mesh respect for cultural traditions with a twist: Ceviche Mixto with Popcorn; Charred Octopus in the Ink of Its Cousin, Sweet Plantains with Green Cream, Abuela’s Flan, and more. With Please Wait to be Tasted (a phrase featured in the restaurant’s waiting area), you can bring these recipes home.

In addition to some seventy recipes, Please Wait to Be Tasted shares the knowledge and love that go into making memorable meals at Lil’ Deb’s Oasis: essays on the restaurant’s beginnings and the chefs’ navigation of the colonial histories entangled in their recipes’ origins; tips on techniques, tools, and pantry; and lessons on how to eat well together.MORE 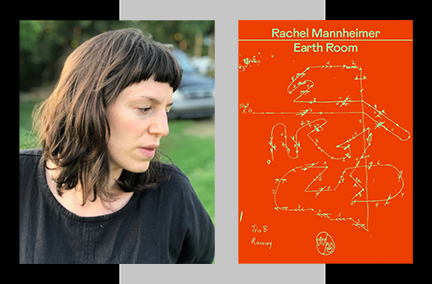 Selected by Nobel Laureate Louise Glück as Winner of the inaugural Bergman Prize, Rachel Mannheimer’s debut, Earth Room (2022, Changes Press) is a dazzling book-length narrative poem that explores with tenderness how art and love intersect to make one’s life. Transporting the reader across decades and from the Moon to Mars by way of Alaska, Berlin, and the Hudson Valley, Earth Room considers a lineage of sculpture, performance, and land art—from Robert Smithson to Pina Bausch—with observations shaped by gender and environment, history and portents of apocalypse. With an urgent, direct, and unmistakably powerful voice, Mannheimer tests the line between nature and culture, ordinary life and performance.MORE

Join us on a Friday night for a memorable reading and signing with local authors.

To keep the authors, our staff, and you safe, COVID restrictions apply:
Seating is limited to 35 people. First come, first served.
Proof of vaccination & ID is requiredMasks required when not eating or drinking.

Aristilde Kirby
is a being constellation of given human category: a poet, artist, thinker & more born in the Bronx, NY. She has been featured in Artforum & as a part of Illiberal Arts, an exhibition & publication at the Haus der Kulturen der Welt. She has published chapbooks with Belladonna, Black Warrior Review, & Best American Experimental Writing 2020. You can call her Aris, like Paris without the P. She will be reading from her new book, Daisy & Catherine (Auric Press, 2022).MORE